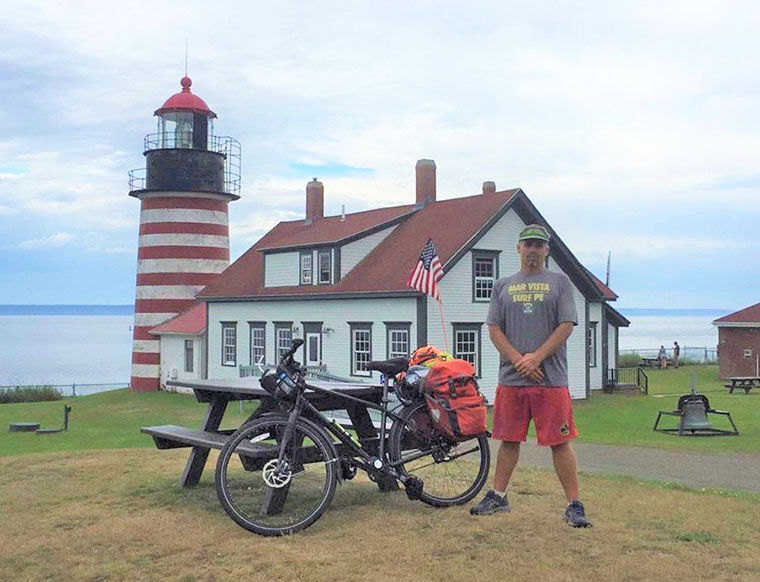 Matthew Wilson made the 4786 mile bike ride from Imperial Beach to Quoddy Head, Maine in 65 days. Imperial Beach is the most southwestern city in the continental United States, so Wilson decided he would ride to the most northeastern region, Lubec, Maine. 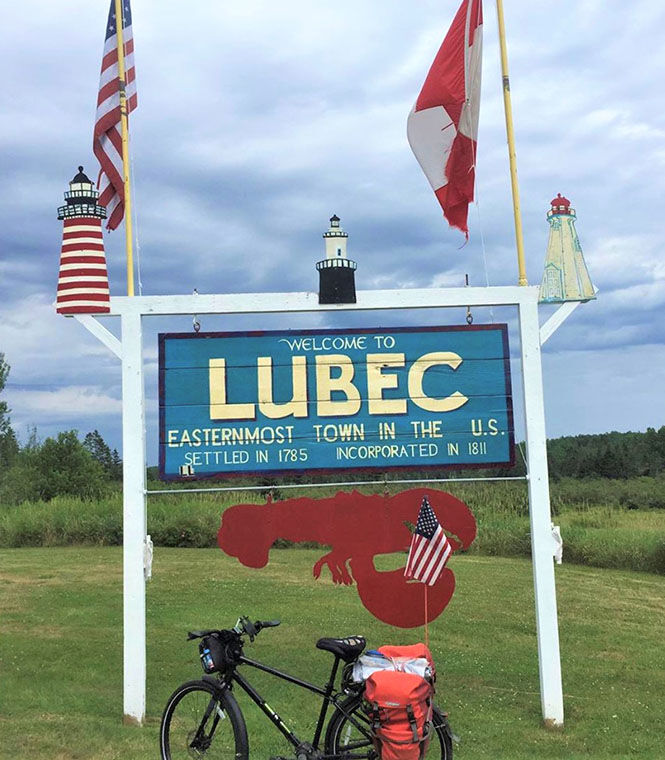 Lubec, Maine, was Matthew Wilson’s goal for his quest to bike ride to the most northeastern part of the continental U.S.

Matthew Wilson made the 4786 mile bike ride from Imperial Beach to Quoddy Head, Maine in 65 days. Imperial Beach is the most southwestern city in the continental United States, so Wilson decided he would ride to the most northeastern region, Lubec, Maine.

Lubec, Maine, was Matthew Wilson’s goal for his quest to bike ride to the most northeastern part of the continental U.S.

Matthew Wilson, a teacher and coach at Mar Vista High School, found himself without a purpose this summer. Because of COVID-19 he couldn’t do any of the things that typically brought him joy. He couldn’t teach kids and he couldn’t surf, so like anyone might when they find they have nothing to do, he decided to ride his bike for 4,700 miles across the United States. He started his journey on May 22, and 65 days later, he finished his journey.

Imperial Beach is the most southwestern city in the continental United States, so Wilson decided he would ride to the most northeastern region, Lubec, Maine. This is a dream he had for a long time, but he just never had the time to do it. The pandemic provided a perfect opportunity for him to finally achieve his goal. Wilson rides his bike regularly to the places he needs to go, so he knew that he had the physical ability to accomplish such a feat, and now it was time to see if he had the mental drive.

Riding about 110 miles per day, Wilson’s journey took him through many different places and conditions. From riding in 116°F weather in the Mojave desert, to trekking through the Ozark Mountains in Missouri, Wilson had to endure all different types of terrain.

“I was never bored,” he said. “There was never a moment where I wasn’t in awe of how beautiful our country is.”

Wilson slept outside in a hammock most nights. He would find a rural area where he could set up camp, and he slept under the stars. “I would sometimes wake up in the middle of the night to the brightness of the Milky Way, or to fireflies. I saw beautiful things that I couldn’t have ever imagined,” said Wilson.

Stopping to visit family and friends along the way, Wilson was able to see many beautiful places, such as Niagara Falls, the Great Lakes, and the Rocky Mountains. However, his favorite part of the whole experience was the people he met and spoke to along the way. “I have a much stronger love for my country, the number one reason for that is the people. The kindness, love and interest that people showed me and that I showed them, that was the highlight,” said Wilson.

Wilson has always had a love for bicycles, “Journeying by bicycle will help you find your way,” he said. “It will help you create the room for physical, mental, and spiritual health.”

Due to this love of cycling, Wilson and his friend and colleague at Mar Vista High School, Moises Godoy, have made plans to create a bike club in Imperial Beach. The idea is that they would not only take kids on bike rides, but also teach them how to maintain and fix bikes if needed. At first thought, they thought was to have this club would be a separate entity from Mar Vista High School, but they eventually want to involve the club with Mar Vista, as well as with different schools around the district.

Wilson and Godoy are currently fundraising money for this club, through the link to their Gofundme in the bio of Wilson’s instagram, where Wilson documented his journey. His instagram is “ibmattusa.”

“We have a very unique spirit here in Imperial Beach, I was able to carry that with me,” said Wilson of his trip. He takes pride in being able to say he is from the most southwestern city in the continental United States, and he made sure to represent his home well throughout his journey. If you have any desire to attempt a similar feat as Wilson, he recommends a sturdy bike, faith, and a whole lot of water.