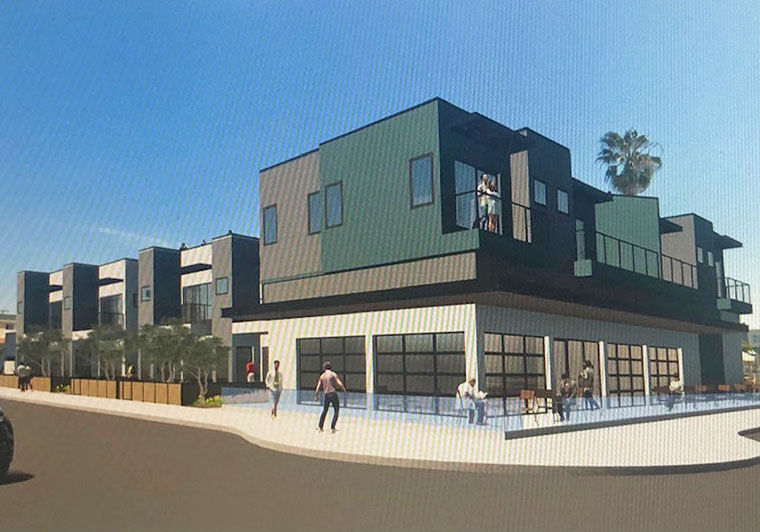 A mixed use development at 801 Seacoast Drive with six residential condo units and about 2,140 of commerce space was presented to the council for permits approval at the meeting on March 17. The current building planned for demolition to make way for the new development has housed Doggo Gus, Wave Café, Seacoast Pizza and a liquor store. 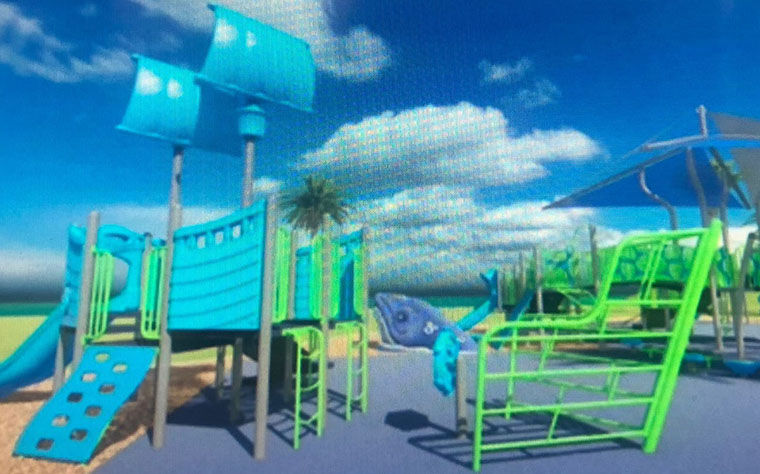 New playground and fitness equipment will be installed at Reama Park.

A mixed use development at 801 Seacoast Drive with six residential condo units and about 2,140 of commerce space was presented to the council for permits approval at the meeting on March 17. The current building planned for demolition to make way for the new development has housed Doggo Gus, Wave Café, Seacoast Pizza and a liquor store.

New playground and fitness equipment will be installed at Reama Park.

A mixed use development at 801 Seacoast Drive with six residential condo units and about 2,140 of commerce space was presented to the council for permits approval at the meeting on March 17. The current building planned for demolition to make way for the new development has housed Doggo Gus, Wave Café, Seacoast Pizza and a liquor store. The project includes the combination of three lots into a single 14,309 property. The project features three detached buildings .Two residential units are located on the second floor above the commercial spaces. The other four units are located into two detached duplex buildings. The mixed use building has a 800 square foot covered patio seating area with a glass guardrail. The trash enclosure is adjacent to the alley to allow access to the commercial building. Open space areas for each duplex unit are provided. The height of the mixed use structure is 29 feet, 8 inches high and each duplex has a height of 26 feet, 6 inches. The project requires 11 parking spaces. The four residential units in the two detached duplexes each have a two-car garage, the two residential units on the second floor of the mixed use building have an open space parking area for their use. The facade features blue and white stucco, grey siding and accent colors include black metal window framing, bronze anodized garage framing with frosted glass, chestnut brown fencing and bronze anodized aluminum sunshades.

Landscaping is a mix of permeable pavers, decomposed granite with concrete pavers, and planted areas with drought resistant plants. Ten medium size trees will be located throughout the structure. Seven residents spoke in support of the project and one spoke about his concern of affordability of the units and the question of gentrification. Councilman Ed Spriggs asked who is expected to occupy the commercial space. A representative for the developer explained that the owner/developer is also a restaurateur and he will occupy the space and operate the restaurant himself. Spriggs also mentioned the problem of parking in Imperial Beach in general, as well as parking for the staff and customers of the proposed restaurant. He said the city needs to conduct a parking analysis because everyone including residents, beach goers and and other businesses will suffer if parking is an issue in town. Councilwoman Paloma Aguirre said she also worried about gentrification and lack of affordability of the new units. A motion to approve the project passed unanimously.

New playground and fitness equipment will be installed at Reama Park with city matching funds as required by the per capita Prop 68 grant. The park was dedicated in 1962 ad named after the late councilmember Harold Reama. The amount of $48,613.50 will be allocated to the playground improvement. The installation of the new equipment should be finished by July 1.

• An increase in the sewer rates due to the need to replace aging wastewater infrastructure, and higher cost to transport and treat wastewater was discussed. The last increase was in July 2020. The project features three detached buildings An adjustment of rates has to take place July 1, 2021 and every year after for four consecutive years. While water usage has dropped wastewater has increased in the city. Proposed future rates were presented. For example a single family home charge would go up from the current $232.41 to $246,46 in 2023. A date for a public hearing on this item was established for May 19, 2021 and approved unanimously. If the new rates are approved at the May meeting they will take effect 30 days later.

• The creation of a Recreation Department to provide recreational services in the city was discussed by the council. A Parks and Recreation Master Plan will be created to include community input recommendations by the Parks and Recreation Committee, an inventory of the facilities, and a long range planning for future needs. It is estimated that the operation of a recreation department will range between $300,000 and $350,000 annually. City staff will apply for grants and donations to aid with the expenses. In addition, the city will use funds from Measure I, a tax passed at last November elections to provide safe and clean neighborhoods. As the program will move forward fees collected will help fund the department. The next step is to recruit a recreation director and prepare the master plan. Councilman Jack Fisher, like all the other councilmembers, looks forward to the future of the city with a recreation department. “I’m super excited to get to the point where it’s moving forward. I’m in favor of making sure we get the right person for the recreation department,” he said. Fisher also suggested finding people with passion and allow residents to volunteer as well as listen to the community’s input and needs. The next city council meeting will be held on April 7 at 5 pm. via teleconference. For more information log on www.imperialbeachca.gov