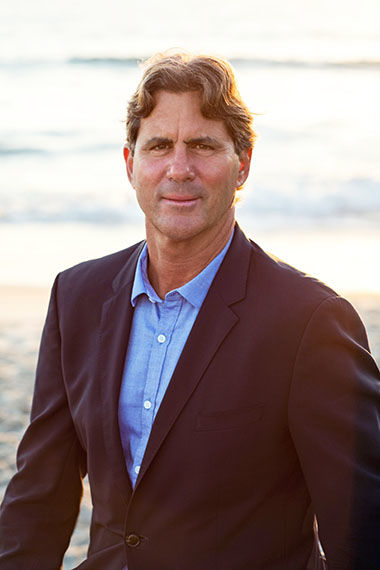 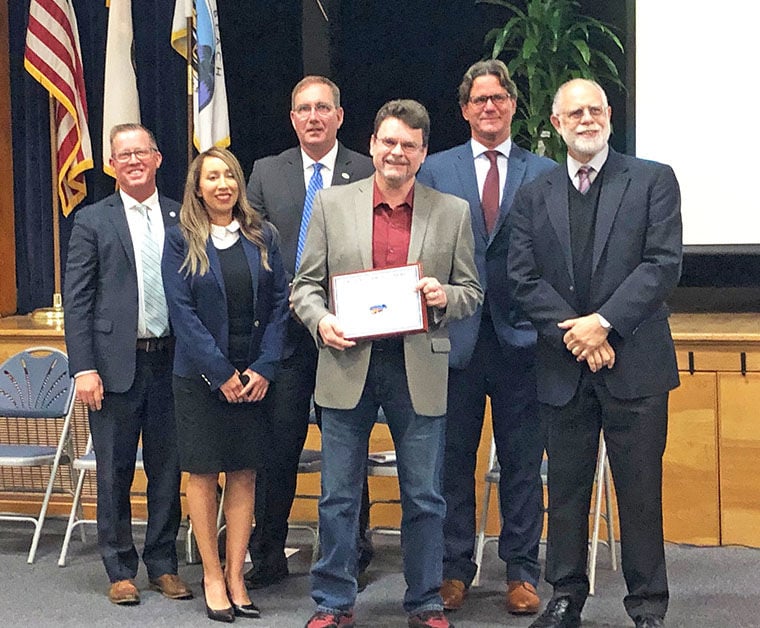 With his second term under way Mayor Serge Dedina is pleased at what has been accomplished over the past four years. A lot has happened during his time in office including an extremely large sewage spill followed by many more, two big lawsuits being filed and many improvements all over the city. Streets have been improved, fences have been torn down, alleys have been paved, more street lights have been installed and overall the city is safer.

“We have been making our streets safer with the support and the effort of the Sheriff’s Department with prevention and fighting crime which has resulted in Imperial Beach having the lowest crime rate in San Diego - an example of how it takes all of the above to make a community safe,” he said during a recent interview. “I’m proud of them, and it’s been a team effort with the city council and the Sheriff’s.

“When I was a kid we couldn’t have sat where we are at right now [Pier Plaza,] it was not a safe place. I’m really proud of the fact that we have a safe city and people can enjoy living here,” he said. Improvements with economic development and quality of life have made a big impact on the city as well. “We have tried to improve the quality of life, doing little things like crosswalks and the shopping center at Ninth and Palm, a dog park, a new library, a ramp to the new skate park, the outdoor fitness court and pull up bars all over the city…What we have done is improvements and changes making Imperial Beach a better place to live but we have balanced changes to make sure we do things to help residents…our strategy was endorsed by voters,” said Dedina. He refers to the past election which had the highest number of residents casting their vote.

The city has filed big two lawsuits during Dedina’s first term in office. The city has sued the International Water Boundary Commission and Veolia Water for failing to put infrastructure to stop the flow of sewage and toxic wast into the Tijuana River Valley in six canyons and the main river channel. The cities of Chula Vista, San Diego, the Port District and the state of California have joined the lawsuit. Dedina said a congressional delegation which included Senator Dianne Feinstein have helped to get $15 M to fund border infrastructure which include the border water problems. Dedina is encouraged by the fact that a new project at Punta Bandera in Mexico will be launched soon which involves 30 to 40 million gallons of sewage water being diverted to the Guadalupe Valley and used to water vineyards. In addition Monarch Global has been hired to lobby with the Mexican authorities for funds to fix sewage infrastructure in Tijuana. The lobbyist has met with the Mexican ambassador to the US and other Mexican representatives.

“We’re doing everything possible at every level,” he said. The city has also worked on getting increased water testing.

The second lawsuit involves fossil fuel companies. The city has joined a lawsuit with the city of Santa Cruz, and San Mateo and Marin counties. The 37 oil, gas and coal companies are being sued for knowingly causing sea level rise and doing nothing about it. By increasing carbon dioxide and methane in the atmosphere with their products they contribute to global warning and sea level rise and ocean acidification. “This last round of flooding has cost the city $15,000,” Dedina said. Similar lawsuits have been filed by the state of Rhode Island and Boulder, Colorado.

Rent increases and availability of affordable housing is a big issue in the city. “What we’re hearing is… rising rents and home prices, we’re looking at affordable housing which requires state effort,” he said. “People are concerned about rising rents. California voters rejected rent control and the city supports building more affordable housing… with the slow down of the economy there are more rental units on the market, rents are going up all over.”

Dedina pointed out that the poverty rate has increased, with 70 percent of homes being renter occupied, and 30 percent of residents living in poverty.

He also said that a UCSD survey shows that a large percentage of Imperial Beach residents have health problems that need to be addressed. “There is a lot of work to do. What I saw when I knocked on doors [during the campaign] kids and families, and seniors living in poverty. It impacts me a lot,” he said.

The city’s finances are currently at its healthiest. “We’re looking at ways to increase revenue to invest back into the community. One of things is raising hotel taxes similar to San Diego for more revenue to invest into paving alleys and recreational programs,” he explained.

With recent talks about a new senior center and a community pool there is more work to be done. “All we’re really doing is recovering what we have lost. We lost a shopping center, now we have one, we used to have a swimming pool, we had a new senior center. In the big picture we need access to recreational facilities. Right now we have half a skate park. We need to build the another half,” he explained.

For the next four years Dedina wants to focus on a new senior center, a new swimming pool at Mar Vista High School, expanding the skate park, and continue to improve safety of roads.

With Dedina as the executive director of Wildcoast and newly elected councilwoman Paloma Aguirre also working at Wildcoast as coastal and marine director, there have been questions from residents whether she would be influenced by Dedina’s vote. “We are committed not to discuss city business during working hours [at Wildcoast]. She is her own person and has her own constituency she listens to,” he said. In addition Aguirre does not work directly for Dedina at Wildcoast.

Dedina moved to Imperial Beach at the age of 7 and lived in the 1400 block of Hemlock Avenue. “I grew up surfing, going to the Boys & Girls Club, biking. I had a wonderful childhood, other kids as well. We were raised by parents who believed in investing in kids and families…all of us who grew up here had a lot of support,” he said.

Dedina met his future wife Emily in 1985. when they were both in college in Peru doing a year abroad. They have two sons, now in college, and will celebrate their 30th wedding anniversary.

“I fell into doing conservancy work after spending two years working in Baja with gray whales and fighting for clean water and a clean Tijuana estuary,” he said. Dedina refers to the time when in the 1960s and 1970s there was a plan to build a marina and high rises in the estuary. To fight that proposal he and others organized clean ups, meetings, and talked to congressional representatives. What he learned was that the plans to develop the estuary were never that feasible. “What I learned was that the city spent so much effort into doing things like developing the beach front and neglected the development of SR-75, the bayfront, neglected basic infrastructure,” he said. Dedina recently found a letter he wrote to the city in 1983 that talked about things the city needed to do like spending more money on basic things like bathrooms on the beach.

Dedina and Wallace J. Nichols founded Wildcoast in 2000. Dedina is the executive director of the non-profit which is dedicated to establishing and managing protected areas in Baja, Southern California and Cuba.

The murals around the city are a point of pride for Dedina. “I’m proud of the work carried out by the Arts Bureau and Mark West’s leading role, and turning two empty lots into two parks. The AT&T building mural which took four years beautifies the city for residents…murals are a tradition of beach cities around the world,” he said.

Dedina never could have imagined he would run for mayor years ago, but followed politics closely throughout his life. “I admired [former Mayor and later U.S Congressman] Brian Bilbray always …how he was out in the community, I may not have always agreed with him, but he was out talking to people and had the pulse of the community. That’s why even to this day it’s important to talk to people out riding my bike,” he said.

The first time Dedina ran for mayor over four years ago he was prompted to do so for a number of reasons, which included the effort to privatize Sports Park. Another reason was that he felt the city was disconnected from the community. Dedina is happy that now things have changed inside city hall. “It’s a friendly, welcoming place. For example, we have streamlined the building permits,” he said.

Dedina loves to surf, something he has not been able to do as much as he’d like recently. “I surf when the water is clean,” he said.