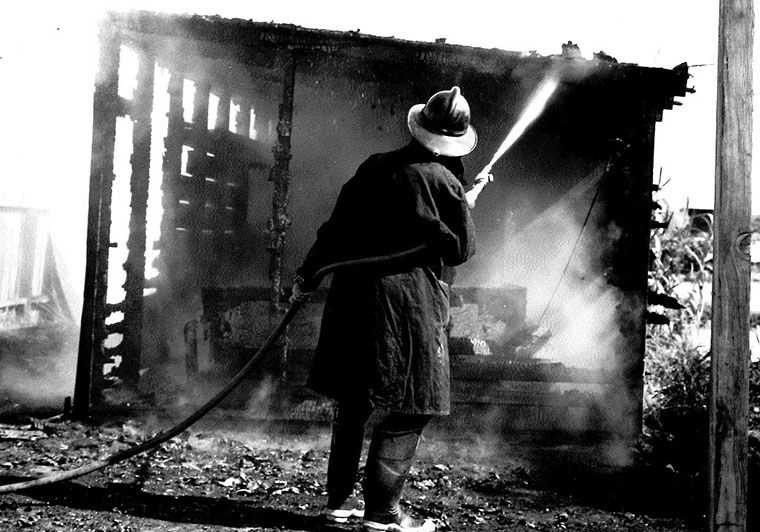 The Imperial Beach Fire Department celebrated its 75th anniversary recently. There are many photos like this one that illustrate the changes and the history of the department over the years. 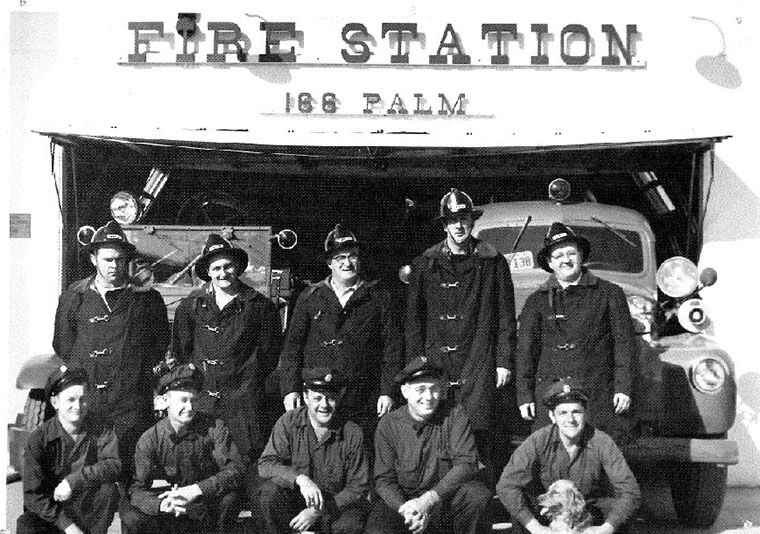 The Imperial Beach Fire Department celebrated its 75th anniversary recently. There are many photos like this one that illustrate the changes and the history of the department over the years.

The City of Imperial Beach may have incorporated on July 19, 1956, but its fire department is much older and has an interesting history. Assistant Fire Marshal Tom Santos has been delving into the history of the fire department for some years and has reconstructed past events, thanks to documents, photos and equipment he has discovered. As Santos uncovers its history, he has been writing it down and so far has an eight page document and is looking forward to continuing his work.

He is also interested in speaking to residents who can give him information or can recognize people in old photos. “I have a disconnected history, and need to fill in the gaps, I want to put names to faces. I have been at it since the department’s 70th anniversary…it’s no easy task,” said Santos. “This is what I do at lunch, how I decompress. It reminds me why I do this…to connect with people before us, the challenges they had to overcome. Imperial Beach may not be very big, but has deep roots,”

Santos explained that in the 1940s, while neighboring communities had an established fire department, Imperial Beach was still an all volunteers group and, unlike today, the city could not get help from other departments to fight a fire and had to rely on its own people.

The Imperial Beach Civic Group and Imperial Beach Businessmen’s Association were two organizations that saw a need for fire fighting equipment in their hometown and joined forces to raise funds for a fire pumper. The two organizations held a fundraising event featuring a carnival, a bathing beauty contest and a dance on what was then known as First Street, today’s Seacoast Drive.

”My gut tells me that it was the beginning of the Sandcastle event,” said Santos.

Thanks to the approval of the County of San Diego, eventually a Fire Protection District was created in the city, and a board of fire commissioners was established 10 years before the city was incorporated. The fire district was quite large and extended from I 805 to the Coronado Cays. The first Imperial Beach Fire Department consisted of a Fire Chief, an Assistant Fire Chief and volunteer firemen and recruits. Because a new fire engine, like the American LaFrance model, cost was about $10,000 and out of reach for the city, money was raised to buy a used fire pumper, which was purchased in the spring of 1947. At that time the city did not have a fire station building, and the engine was kept at the fire chief’s house in the 600 block of Seventh Street.

“The arrangement was not ideal, but a working fire department in Imperial Beach was now a reality,” wrote Santos of those days.

Santos explained that in the early days, since there was no radio dispatch, in case of fire, the fire chief would receive a call at his home where the engine was parked, then the volunteers were alerted via a phone tree and assembled either at the chief’s house or at the location of the fire. Volunteer firemen were issued a license plate topper and were allowed to drive to a fire in their personal vehicles.

The IB Fire department moved to 166 Palm Avenue in a metal building bought from the Naval Amphibious Base. “The story is when the building (a Quonset hut) was to be moved into the city, our volunteers were not able to navigate (or likely did not have the patience for) the Highway Patrol’s oversize load permitting process so an alternate approach was explored using the cover of darkness. It is also possible one of the volunteer’s children was seen on top of a large section being transported, with a broom in hand to move overhead lines out of the way, but unfortunately no photographs could be located to confirm the account,” wrote Santos.

Based on accounts, the new fire station building just appeared one day. By 1956 the Quonset building became city hall and the fire department was moved to a new piece of land to the east. Santos has found albums filled with photos of events held at the fire department which included birthdays, anniversaries, Easter lunches and Christmas parties. Other photos show volunteers priming and sanding a vehicle that was to become the ambulance for the department. He even found a program for the annual fundraiser, which was held at Swiss Park. “It was neighbors helping neighbors, people came back from the war to do something good…not really different from people working here today. We are here because we love to help,” he said.

In those days, “the fire department was a community hub, they’d roll the fire trucks out and put tables and have a party,” explained Santos.

Santos, who has been with the department for 12 years, first came across some of the photo albums, artifacts, programs and more while getting ready for the annual open house one year. “I’m still finding things,” he said.

Santos has a small display of fire department items in his office which include an old fire hydrant, hand stitched uniforms, helmets and radiation detecting equipment. There is also Earl Humphrey’s fire helmet from the 1950s. Humphrey was a past fire chief, whom the fire station is named after. His helmet is displayed next to the current Fire Chief’s helmet, John French, who has worked in IB since the 1980s.

Another piece of equipment on display is a 1951 Gamewell fire alarm call box which used to be placed on city streets or corners to call the fire department in case of a fire. The one in question came from the Naval Training Center and was restored with the help of Body Works Collision and artist Esmeralda Robles.

Santos would love to have a display of the fire equipment that could be available to the public. “My hope is to set aside some portions of the building…we’ve hidden things here and there,” he said.

Santos compares the fire department of today to the one of the 40s and 50s. “In those days they only fought fires and rescued the occasional cat stuck in a tree, this year we had the highest on record medical calls… 95 percent of our calls are medical calls and our engines are equipped to handle medical emergencies - the only difference between the engine and the ambulance is transport,” he explained. The IB Fire department has a response time of 6 minutes or less.

On Oct. 26 the department was officially 75 years old - which is the day the first fire chief was appointed.

Santis hopes community members will be able to help recognizing people in photo albums or add to the information he has, to fill in the gaps. “A problem I would like to have is to have too much information and I don’t know where to put it,” said Santos.

Anyone who has information about the history of the fire department can contact Santos at tsantos@imperialbeachca.gov.