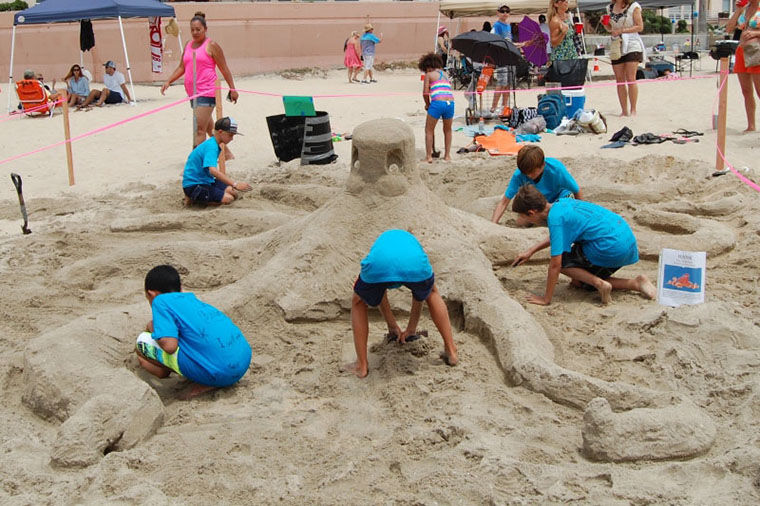 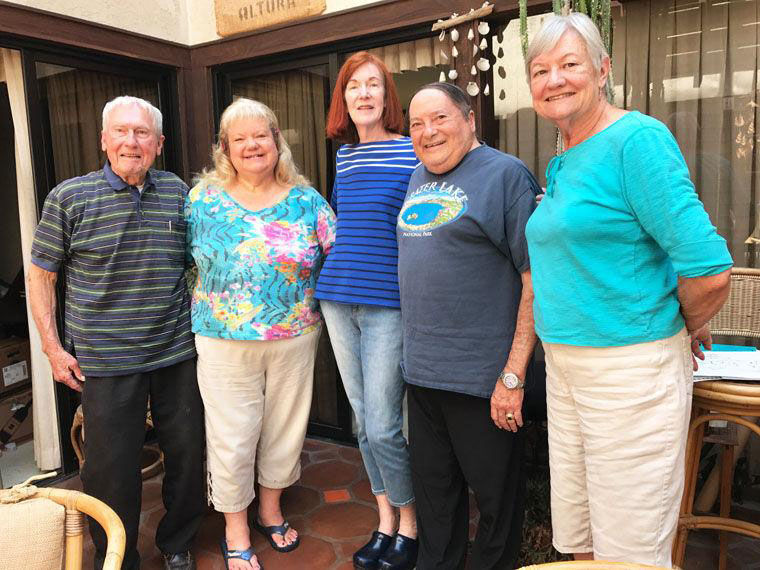 Helping kids and having a positive outlook is at the core belief and mission of the Optimist Club and even a pandemic can’t stop its dedicated members from continuing their work.

The Imperial Beach Optimist Club was created in 1986 by a team of past presidents of Coronado Optimist Club. One of them was Bill Zidbeck, a retired U.S. Navy captain who later worked as a teacher. He founded the club with 40 charter members of which four are still active in the organization. Zidbeck is 88 now, but is still very active in the club. In fact, recently he and Joe Stancer, the current president of the club, shopped for seven complete turkey dinners with fixings to be distributed to families at VIP Village. Distribution of Thanksgiving baskets and Christmas food vouchers have been a tradition for the club for many years.

Stancer, 46, is a special education teacher with the South Bay Union School District who was recruited to be part of the club a few years ago. He found out about the Optimists through Superintendent Katy McNamara who sent an email inviting teachers to join the club. Stancer felt his work as a teacher and helping children in the community were goals that aligned. “We work closely with the community and our goal is to support the children,” he said. “When it came to my attention I thought it was awesome.”

For years the Optimists have contributed to the lives of children in many ways in Imperial Beach. The club is behind the Kids N’ Kastles event at the Sun and Sea Festival. Their responsibilities range from getting donations from local businesses for entry fees and prizes, to organizing and manning the kid zone. “Everybody throughout the community supports us,” said Stancer of the many local business who are very generous in donating.

Instead of the typical fundraisers, currently the Optimists are holding a virtual spaghetti dinner which started Nov. 1 and will go on through Dec. 1. Funds from this fundraiser will help support the many programs of the club including the Mar Vista High scholarships, speech and essay contests, South Bay music students, IB Lifeguards, IB library, Junior Optimists Club and Kids N’ Kastles. The cost is $10 per person or $15 for two. Those who purchase dinners are entered to win door prize, drawings which include wine, candy, gift cards and more. Grand prizes include a two-night stay at the San Diego Country Estates Resort in Ramona and a collection of Sun and Sea Festival posters.

“We’re trying to be really careful [because of the pandemic] and still support the community with holiday projects,” said Stancer.

Stancer explained he is learning the ropes from the older members, some of which are the original members who are now in their 70s and 80s. He encourages residents to join and give the club a chance. “Get to know who we are,” he said.

Recently many service organizations in the area have lost members due to the pandemic plus the added issue of the aging members. The Optimists currently has 18 members of which half a dozen are very involved. To help recruit new members, teachers and first responders are invited to join and are charged only $30 for the first year versus the usual $85.

“It’s sad if those clubs fold. We’re trying to find a way to keep things going,” said Virginia Syverson, a member for about 20 years. “I’m still as active as I ever was.

“There’s so much people can do…it’s important to make a change and encourage people to help each other,” said Syverson, a former president who is now an Optimist lieutenant governor and is working with other clubs in the area to make a difference.

The Imperial Beach Optimist Club has done a lot of work over the years. Zidbeck recalls one of the first actions of the club was to petition for a stop sign at Third and Palm and a crosswalk for kids to safely go to school. Over the many years, the group has helped families in need and has many stories to tell of how they were able to make a difference in people’s lives - from a family living in a garage to a mother with cancer.

“We’re small but mighty… We feel we’re a family who supports the youth of our community,” said Zidbeck.

For more information about the club or to sign up for the virtual dinner fundraiser contact Joe Stancer at 619-368-9501 or email joestancer@gmail.com. Meetings are twice a month on the first and third Thursday of the month at 4 p.m.