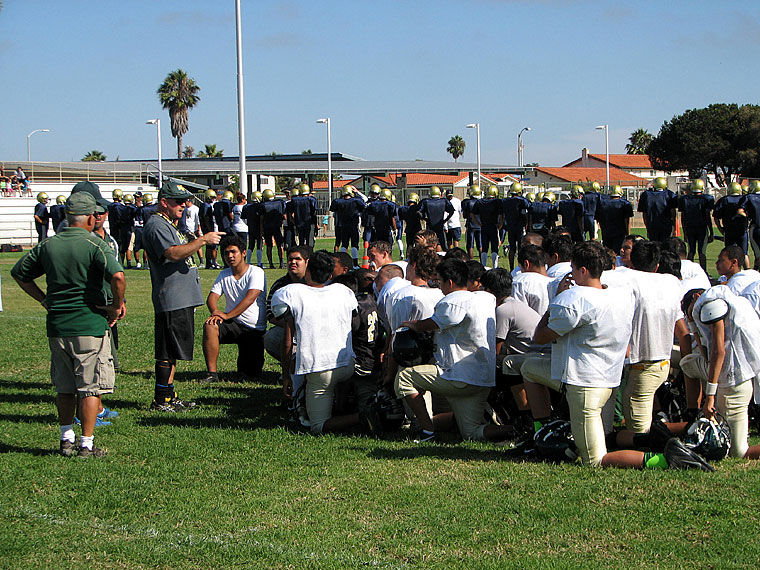 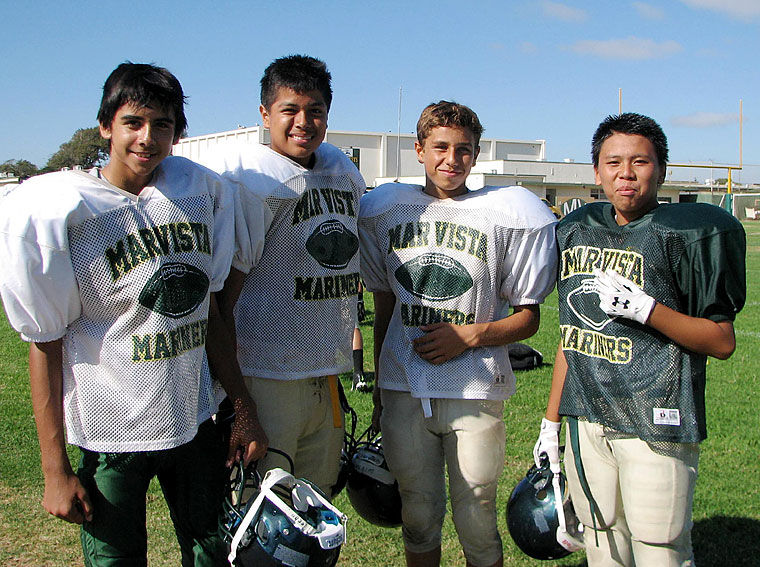 After the first scrimmage of the afternoon members of the Mar Vista High School freshman football team took a knee to listen to Coach Michael Sweet.

“We got a lot of things to work on but you looked good. I want you going 100 mph every single play, make something happen. You can’t take a play off. If you work hard I’ll get you into a game.”

Freshman Giovanni Cespedes said he was excited to finally be playing a team from another school.

“Their freshman team wasn’t as fast as our JV. Where JV was faster and tougher they were just weak. A tall buff guy came at me and I whupped him out of the way. They’re weak,” he repeated.

Did Cespedes parents have any reservations about him participating in football? “My mom thinks I’m being productive” he answered.

Janet Weiber mother of freshman player David Weiber says of her son “He’s pretty good in baseball so when he said he wanted to play football, I said ‘OK’.”

The freshman team will open its season next Thursday, Aug. 28, against the Valley Center High School Jaguar’s followed by the JV and Varsity teams on Friday, Aug. 29.

I am very excited about the football week because it is the only way for recreation. I think law assignment writing is a great source to spend the time with the family and enjoy the football matches. Can’t wait to see.