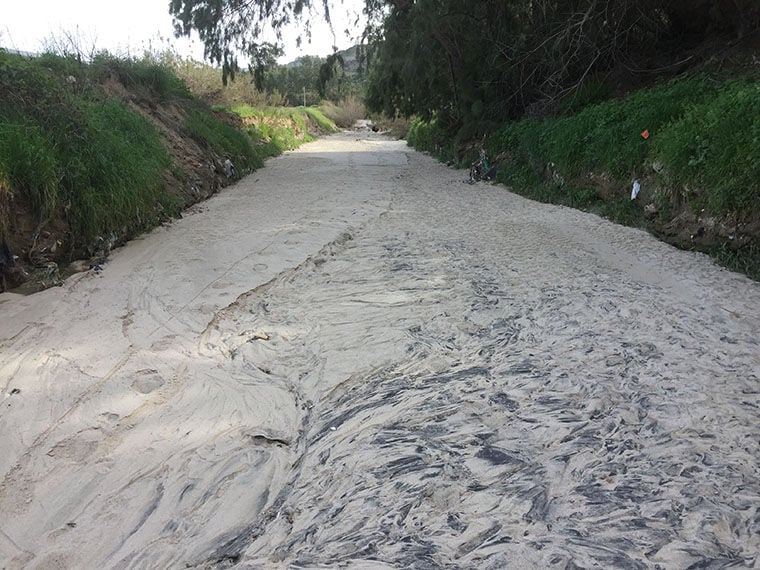 Sand for the Imperial Beach shoreline. 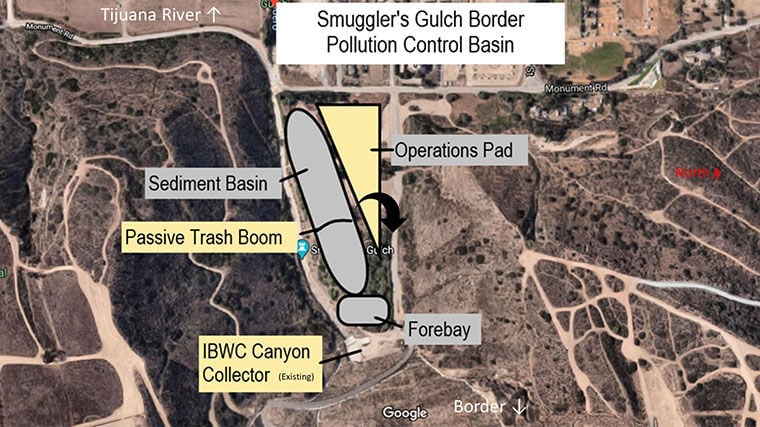 Sand for the Imperial Beach shoreline.

A few weeks ago, at the Nov. 20 public meeting the US Environmental Protection Agency (EPA) outlined a preliminary plan proposed by the California State Coastal Conservancy which would replace the natural ecology of the Tijuana River Valley (TRV) and install a man-made system called Smugglers Gulch Sediment Ponds (SGSP).

This was the second public meeting in which the EPA is explaining to the public how it is planning to spend the $300 million dollars allocated under the NAFTA MPA agreement renegotiated by the Trump administration in 2019 as the USMCA. The goal of this EPA project is to use this money to provide a comprehensive solution to control U.S./Mexico cross border sewage flows and to restore the river to standards set by the Clean Water Act.

When local citizens are shown plans of Smugglers Gulch Sediment Ponds and understand how it will be implemented, they unanimously feel this plan goes against common sense and river Best Management Practices (BMP’s) used throughout the State of California. This plan would stop the natural processes which cleans the stream bed each year, pollute the aquifer, cause unhealthy airborne dust contamination, and is a waste of government funds which could be used elsewhere that would exponentially increase a better river ecology at a much lower cost.

SGSP would stop the natural ecological and geological processes which clean up the river.

The sand, gravel and cobble stones that are naturally moved by fast moving water (up to 60 mph) provide a vital component to river ecology which is called scour or scouring. As the water moves through Smugglers Gulch this critical scouring action cleans out and keeps the “suspendable solids” in the water column as it races to the ocean. The attached photo of clean sands and cobbles which remain after the rains provide the example of what the scouring accomplished after the rains of the last two years 2018-19 and the 2019 -2020 wet seasons. These conditions are identical to the historical ecologic condition of the riverbed that was seen in the Tijuana river from recorded history until the end of the 1970’s. So, one would have to question why the EPA is considering spending millions of dollars of taxpayer’s money to replace a natural self-cleaning river system that works and replace it with a manmade system that has proven to be ineffective and costs millions of dollars in maintenance per year.

Polluting the Aquifer – Right at the location of proposed sewage pond there is a well head (from the 1930s). The ground water approximately is 3 feet from the surface and in many areas this aquifer surfaces from below the ground and feeds small ponds that team with frogs and pollywogs. By installing the SGSP sewage pond directly in contact with the aquifer, the standing sewage water would contaminate the aquifer and surface water. This aquifer which surfaces at several points along the Smugglers Gulch drainage basin is available year-round and may be the only source of clean water on the south side of the valley. With the main channel of the Tijuana River being maintained as a sewage collection pond and its water being unsuitable for wildlife this natural aquifer is critical for local support wildlife in the area.

Degrading Surface Water Quality – Installing the SGSP would severely degrade the quality of surface water and is a threat to public health. By allowing the sewage water to sit in static open ponds not only does this go against best practices for mosquito control but it allows the sewage water to ferment in the direct sun creating an extremely unpleasant smell. These proposed ponds are within 500 yards of the border with Mexico and even closer to the Martin Ranch and other homes in the area. By creating mosquito infested ponds with a potential of cross border infection this seat of the pants idea is poor planning and should not be allowed to be constructed.

Unhealthy Airborne Dust – If allowed to operate the SGSP would create a cloud of dust just like what is happening at the Goat Canyon sediment ponds. Currently anyone that walks through or around the Goat Canyon Sediment basin can see the results of its operation. Everything is covered in large amounts of fine dust. Whereas Goat Canyon is one mile away from homes Smugglers Gulch is directly next to homes and ranches which would be extremely susceptible to these increased airborne contaminants.

When the EPA held its first public meeting on June 25, 2020, to discuss the NAFTA MPA agreement and to develop a strategy to eliminate cross border sewage it plainly stated to the public that this process would take up to three years. It stated that it needed to develop a comprehensive approach and time would be needed to consider all viable solutions. We ask for the EPA to explain why the sudden change in its approach.

The EPA is having private teaming meetings with state, city, and local agencies which are not open to the public. The result of these meetings are projects like the SGSP. A project like the SGSP should be able to pass the test of common sense, basic engineering, and long-term efficacy. We ask the EPA or the California State Coastal Conservancy to justify this project. If the EPA is going to taxpayer’s money on an emergency basis there are far better projects that would provide an exponentially better ecologic outcome than that the SGSP. Additionally, these projects would be better for the health and safety of local citizens, ecology of the river, and would be lower in cost. Some of these projects could include: install permanent static pumps and replace Smugglers Gulch/Monument bridge; install temporary pumps that would remove the standing water under Hollister Road; plan and implement a 1–2-year plan for the removal of non-native plants that stop the water, sand, cobblestones from flowing to the Pacific Ocean; and consider and study a plan to install a canyon collector at the main channel of the TRV.

The preliminary plan proposed by the California State Coastal Conservancy which would replace the natural ecology of the Tijuana River Valley (TRV) and install a man-made system called Smugglers Gulch Sediment Ponds (SGSP) is a bad idea and should be rejected. The EPA would be wise to spend this funding on permanent static infrastructure project which protect the public and the environment.